Skating Polly (aka my favourite band) are back and have teamed up once again with legendary director Dave Smith for the final video instalment from their 2016 studio album The Big Fit. The last video to complete the set is for the song ‘Cosmetic Skull’, which sees Kelli Mayo tied to a tree with a USB cable while cult-like Wicker Man style masquerade mask wearing figures including Peyton Bighorse attempt to plug her in with a guitar lead. I have no idea what is going on. I just love it. They sit at the table while Kelli throws the creepy masked people bread in some kind of Crumbs From The Rich Man’s Table scenario or Mad Hatter’s Tea Party.  They dance around her on a grassy hillside in a seventies style cult like fashion. They shower her with bubbles. Peyton appears to be ring-leading it all with some magic spell. Who knows? And you wonder if all this is simply taking place in Kelli’s imagination as she sings to herself in the bathtub. I love the clothes and I love the song. A wonderful video to complete the visual album. 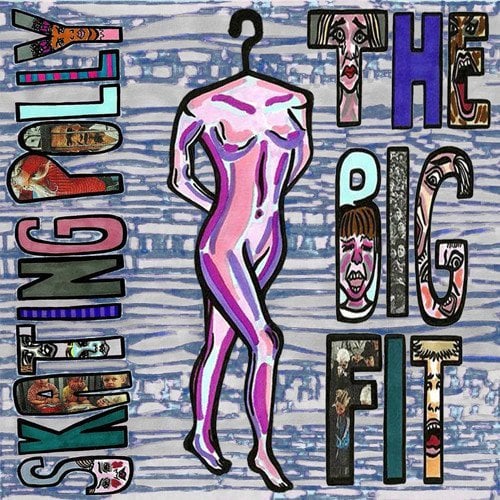 The Big Fit is available to buy now from Amazon.

Riot Grrrl. Punk. Emo, before Emo was a thing. A Femiplosion of sound and words …
Music
More

Under the backdrop of a culture of rising intolerance and xenophobia in the West, deux …
Music
More