Hannah Golightly: Hello Laura! Just to dive right in can you tell us what pedals do you use?

HG: What brand/brands of pedal are your favourite and why?

LL: Most of my pedals are Boss ones. I’m not that fussed by true analogue or by true bypass.  If I could only have one pedal it would be the Line 6 DL4,  as I am such a big fan of the delays.

HG: How did you make your first pedal board or did you buy it ready made and if so where from?

LL: My first pedalboard was a Pedal Train Junior,  and I had about 4 pedals. For quite a few years I worked in a guitar shop where I got to experiment and try out pedals.  My boss at the time, Ben Fleetcroft, was like a mad scientist, making and fixing guitars. He helped me put together my first board, and I made my own patch cables.

HG: Personally, I have six pedals now and feel like I need to get a board. What is your top tip? I am feeling a bit overwhelmed about it and don’t want to spend a fortune.

LL: I just brought a Stagg pedalboard recently as my additional board. It was really cheap, and comes with velcro in it. Again, Stagg do cheap and most importantly, colourful, patch cables. I would then use cable ties (again, colourful ones too if you fancy) to keep it all tidy and gig ready. I tend to use loads of colour cables to keep track of what’s going on in my chain. This tends to calm me down and makes having effects loads of fun.

HG: I’ve had issues with my patch leads, which can mean a bunch of pedals cutting out during a rehearsal. I want to get this sorted before my next gig. Any advice?

LL: Yes, I use cable ties with my right angle patch cables to keep everything connected nicely. I went to the extent on my recent board of using the Planet Waves custom patch cables, so you can cut them to the length you want.  Hopefully that helps. The highs and lows of separates pedals!

HG: Where do you go for information about what pedals to get?

LL: As I have mentioned, working in a guitar shop helped a bunch. We would get reps come in trying to sell the latest and shiny products.  I’ve never been interested in the ‘normal’ go-to pedals, so it always involves a bit of research and a variety of guitar shops.

HG: Which guitarists inspired you to get which pedals, if any?

LL: I watched St Vincent on Jools Holland playing the track Cruel and she does this crazy noise freakout solo with an effect and I just thought it was a great solo. It turned out to be a MoogerFooger which is a little out of my price range but it got me starting to look at stranger pedals. I watched the band Battles, and I wanted this organ sound they had which almost made the guitar not sound like a guitar any more. It was a POG Octave pedal, I got the compact version of that, it is so much fun.

HG: Who or what inspired you to start playing guitar?

LL: It was my brother,  he had a guitar and was into Guns ‘n’ Roses, Foo Fighters and Placebo.  I think he showed me a couple of power chords, and I would try and probably play some Nu Metal tracks badly to my friends.

HG: Do you add your pedals in after you have written your guitar parts or do some of your creative ideas come about from playing around with them as you write?

LL: Yes, I usually add a pedal as a creative tool. I sort of tell myself, oh I want a Warpaint vibe, or I want a Radiohead wobbly guitar thing, and I’ll try and experiment and sometimes it’s a fairly expensive experiment. I guess this organically grows, then you sort of sculpt your sound.

HG: Who is your favourite guitarist and why?

LL: Jenn Wasner from Wye Oak, St Vincent and Jonny Greenwood from Radiohead – I think of them all as really inventive guitarists and there is a tactical authenticity in their playing.

HG: Have you experienced any sexism as a female guitarist?

LL: Not really, sometimes people might think I am a girlfriend of the band, or assume I am not the guitarist, but on the whole it’s mostly a positive experience playing gigs.

HG: Where do you buy your pedals from?

LL: Local guitar shops and online. I usually try and support local business if I can.

HG: What is next for your band Parachute For Gordo?

LL: I love the band, it is so much fun. We always make each other laugh, and make music that entertains and challenges us. Mark and John are some of the most creative and easy going people I know, no idea is ever too silly. On this new album, I suggested, “Oh we should make a film for this whole album” and they were like “Yeah ok”. Our album Possibility of Not is out on vinyl, tape and download on Rose Coloured Records on the 13th of March, and we’re going to attempt to play as many shows as possible and have an adventure.

HG: Many thanks for talking with us! 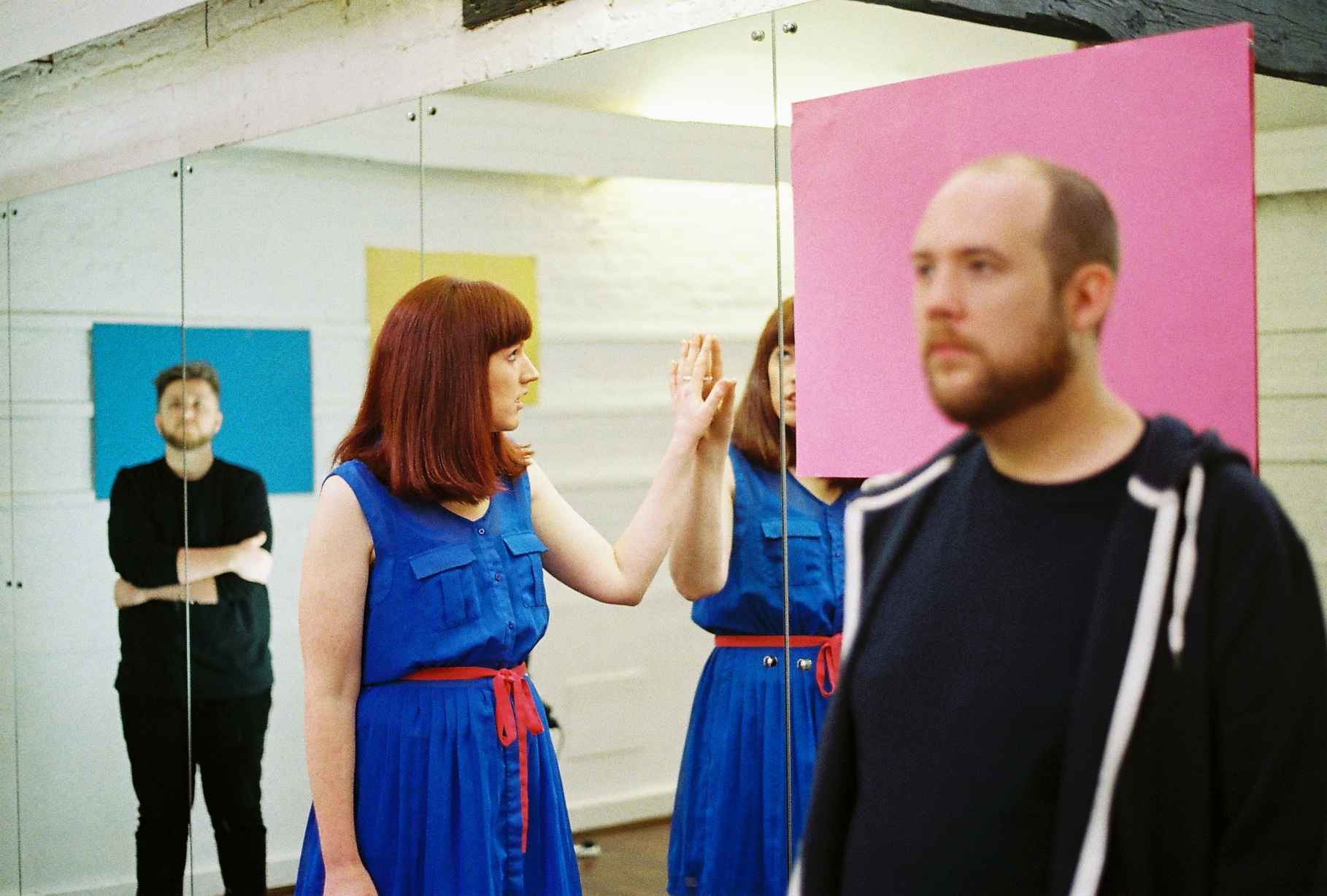 Parachute For Gordo’s album Possibility of Not is out on vinyl, tape and download on Rose Coloured Records on the 13th of March.

I put the shout out on twitter (@grrrlswithguita) again for more female musicians who wanted …
Features, Music
More