Home
Features
From the archives: An interview with Skating Polly

Who is the real Skating Polly? Hannah Golightly catches up with the band on their UK tour supporting Babes In Toyland to find out…

I arrive at the venue and find the stage door. I’m greeted by Babes In Toyland’s PR woman who goes to inform the band of my arrival. I tell her she has the coolest job in the world. Moments later Peyton opens the door, resplendent and tatty-beautiful in a long white lace dress and tiny spectacles with ornamental chains attached. She hugs me quickly, points upstairs and tells me to wait in the dressing room on the second floor. She runs off to soundcheck. I pass Kat Bjelland on the stairs and before I know it’s her, I do my best to get out of the way so she can get past. I smile at her and later kick myself for not saying hello. It happened so fast. But least I didn’t scream… I get to Skating Polly’s dressing room and chat to Kelli’s brother* about his band and to Peyton’s mum* about gender politics and Native Americans while we wait for the energetic duo to enter the room. Meeting Kelli and Peyton is like meeting old friends. They are so warm and welcoming. They tell me they love my hair (which is messy and unkempt), I tell them I love theirs and we swap stories about how long it’s been since we brushed it. Peyton hasn’t brushed hers since before they got to the UK. Kelli’s has started to dread at the back. They both like my dress. We all sit down and I pass my camera to Henry Mortensen and we start the interview: 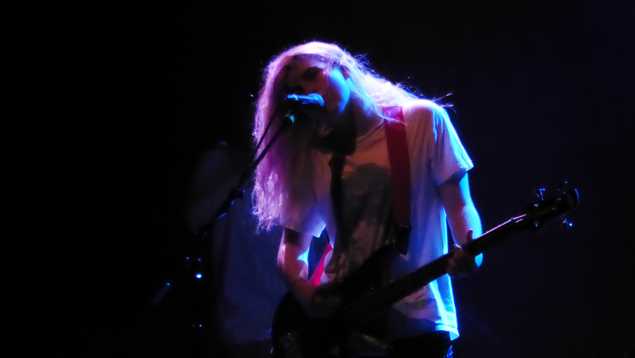 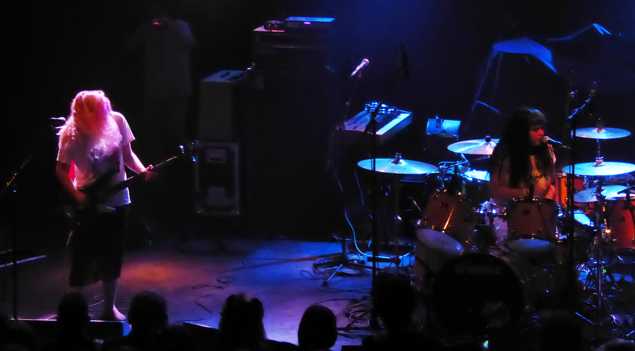 HG: “Oh yeah, finally, is it surreal hanging out with Babes In Toyland?
K: “So surreal.”
P: “Yes. So crazy.”
K: “I just think I wanna be around them, every second possible. And they’re so friendly. But then at the same time, I don’t wanna seem scary, because I’m so in love with them and I don’t wanna freak them out or like annoy them. But usually at the last show we had to share our rooms and it’s like an easy excuse to go in and be like ‘Hey Kat. Hey Lori.’ But now it’s like, we’re upstairs and they’re downstairs and we’re like obviously there to like talk to them [laughs] So I’m like oh! But they like… they’re like family.” [Laughs]
HG: “That’s amazing.”
K: “…But like family that I’m really nervous around because I love them so much. [Laughs]
HG: “Cool. Well er… best of luck with the show tonight. I’m really looking forward to seeing you live for the first time.”
K: “Me too. Yeah, it’s gonna be good.”
P: “Did you just say you’re excited to see yourself live for the first time?” [Laughs]
K: “Yeah… Well I guess I’m just excited for the show and like Babes In Toyland.”
HG: “Alright, thank you very much.
K: “Thanks”
HG: “Let’s just shake hands… and hug. We’re in England.”
[Knock at the door] K: “Who is it?”
[Photographer James Perou enters to do a session with the band.]

Skating Polly were on tour with Babes In Toyland in the UK at the time of this interview in 2015.
Single ‘Nothing More Than A Body’ is available to buy from Amazon. 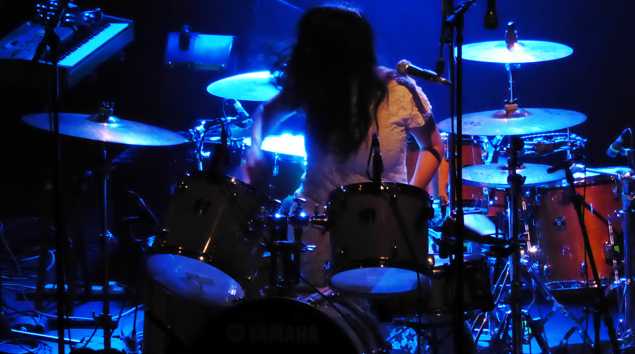 I was recently invited to check out launch for K-Fest 2018; a festival which provides …
Events, Features
More

Katie MF is a singer songwriter of the Alt-folk/punk persuasion from London, UK. Her music …
Features
More